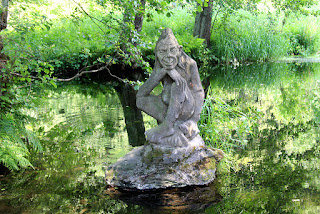 Story source:  The Key of Gold  by Josef Baudis (1922). The Bear, the Eagle, and the Fish ONCE there was a count, and he had three daughters. All of them were young and as pretty as peacocks, but the youngest was the loveliest of them all. The count had little money to spend, for he had lost it all by gambling. And so — since he had to spend the time in some way or other — he used to go hunting. One day when he was out hunting, he lost his way in a forest, and he could not find his way out of it. Suddenly a big bear rushed out at him, shouting at the top of his voice. He said he would show him the way out of the forest and, besides, he would give him as much gold and silver as he wanted on one condition, and that condition was that the count should give him one of his daughters in marriage. Similar to previous story where a simple text is employed with very easy to follow plot lines. Keeping it simple will keep the folktale perspective intact and more in tune with this writing. The c
Post a Comment
Read more 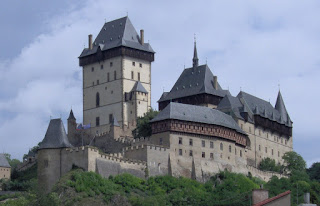 Story source:  The Key of Gold  by Josef Baudis (1922). Sleepy John ONCE there was a lad named John, and he used to go to sleep always and everywhere. One day he came to an inn where some farmers were feeding their horses. So he crept into the cart, lay down on the straw, and went to sleep. When the farmers had driven some distance, they noticed John asleep in the cart. They thought: "What are we to do with him? We have a beer cask here. We'll put him in it and leave him in the forest." So they shut him in the cask and off they drove. Common 'one upon a time' set up for story. It is a folktale. If you want to do the same it would add its effect John went on sleeping in the cask for a long time. Suddenly he woke up and found himself in the cask, but he did not know how he had got into it, neither did he know where he was. There was something running to and fro near the cask, so he looked through the bunghole and saw a great number of wolves gathered under the roc
Post a Comment
Read more 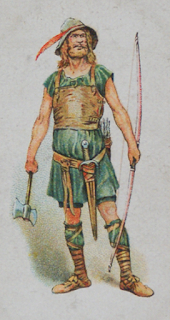 Story source:  The English and Scottish Popular Ballads  by Francis James Child (1882-1898). Robin Hood is in disguise once again, this time as a shepherd. Barnsdale is a real place in South Yorkshire, England, and its association with the Robin Hood legend is one of its claims to fame. To disguise himself as a beggar, Little John needs "palmer's weed." The word " palmer " refers to a pilgrim who had visited the holy places of the Middle East and brought back a palm leaf as a token of the pilgrimage. Meanwhile, the word "weed" here refers to clothing, as in the phrase "widow's weeds." The word comes from the Old English  waed , meaning "garment." You will also see the word "carel" (carril, carl) in this ballad, which means a low-born person. The story: ALL you that delight to spend some time With a hey down down a down down A merry song for to sing, Vnto me draw neer, and you shall hear How Little John went a begging
Post a Comment
Read more 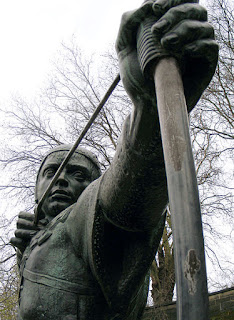 As his career first takes shape, he's more like a defiant gangster Story source:  The English and Scottish Popular Ballads  by Francis James Child (1882-1898). Phoebus refers to Phoebus Apollo, the god of the sun, so Phoebus stands for the sun. haracteristic of Scotland and northern English: mickle, which means much, a large amount. You can read more about the word at Robin meets the mother of three poachers, and in order to rescue them, Robin once again disguises himself, this time as a beggar, paying a beggar an extravagant amount of money (forty shillings) to take his place. There are many different versions of this story; in some the boys are brothers (as here), while in other stories they are members of Robin Hood's own band of Merry Men: BOLD Robin Hood ranging the forest all round, The forest all round ranged he; O there did he meet with a gay lady, She came weeping along the highway. ‘Why weep you, why weep you?’ bold Robin he said, ‘What, weep you for gold or fee? Or
Post a Comment
Read more
More posts